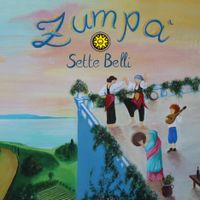 From the recording Sette Belli

Tu vuò fà l'americano - You Want to Be American")[1] is a Neapolitan language song by Italian singer Renato Carosone.
Carosone wrote the song in collaboration with Nicola "Nisa" Salerno in 1956. Combining swing and jazz, it has become one of his best-known songs.
The lyrics are about an Italian who desires a contemporary American lifestyle, drinking whisky and soda, dancing to rock 'n roll, playing baseball and smoking Camel cigarettes, but who still depends on his parents for money. The song is generally considered to be a satire of the Americanisation that occurred in the early years after World War II, when southern Italy was still a rural, traditional society.